Irvine, CA (August 30, 2020) – Authorities in Irvine have released the identity of a woman who was killed in a car crash with a drunk driver on Saturday, August 22nd. Isadora Stabel, 20, of Irvine, lost her life on the crash that took place at the intersection of Main Street and Culver Drive.

According to officials, the driver of a Ford F-150 pickup truck, identified as Antonio Calixto Navarrete, of San Clemente, ran a red light at approximately 8:45 p.m. and struck the rear end of a black Hyundai Elantra in which Stabel was a back seat passenger. Emergency responders were dispatched to the scene and Navarrete fled the area.

Stabel was transported to Orange County Global Medical Center in Santa Ana to be treated for major injuries. She succumbed to those injuries a short time later. Navarrete was later located and charged with DUI, hit-and-run, and murder.

The investigation into this incident remains ongoing.

We would like to offer our deepest condolences to the family of Isadora Stabel at this time. 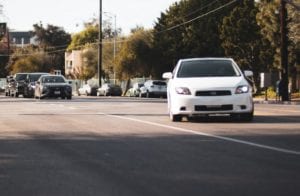 In 2015, officials reported on thousands of major car crashes that ultimately claimed the lives of at least 3,176 individuals all across the state of California. Within Orange County alone, approximately 162 unexpected fatalities were reported to authorities after the multiple traffic accidents that took place. Many extremely severe car wrecks that have contributed to the statewide fatality rate were officially reported as catastrophic or fatal car accidents in Irvine, as well as all other areas in and around Orange County. Research has confirmed that a high number of cities in Orange County see a much greater rate of deadly collisions than many others. However, just about every single abrupt car accident involving a reckless, criminal, or blatantly careless motorist tends to result in utter devastation.

A severe car accident can have life-altering effects for all those involved. Our capable and compassionate Costa Mesa car accident attorneys at Beckerman Anderson recognize the overwhelming nature of a sudden collision, and we are devoted to representing those who have unfairly suffered by no fault of their own. If you have been injured or suffered the loss of a family member due to the actions of a negligent party in the Riverside area, please don’t hesitate to visit https://beckermananderson.com or contact our Orange County car accident or wrongful death attorneys today at (949) 474-2254.