Long Beach, CA (July 26, 2020) – Early on Sunday morning, officers with the Long Beach Police Department reported a fatal collision between a bicyclist and a motor vehicle. It happened at the intersection of Orange Avenue and Del Amo Boulevard at around 3:20 a.m.

According to the LBPD, an adult male was riding a bicycle southbound on Orange Avenue when he was struck by a southbound vehicle at or near the intersection. First responders with the Long Beach Fire Department arrived at the scene where they attempted to save the victim. He was pronounced deceased at the scene a short time later.

Authorities have not provided any information on the vehicle involved but the driver is believed to have left the scene before officers arrived. The identity of the victim will be released after the family has been notified.

This incident remains under investigation as no further information was reported. 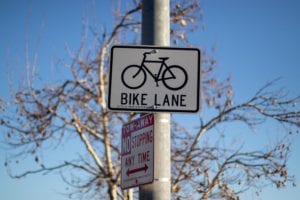 In the year 2015, a total of 2,162 bicyclists were either injured or killed during collisions with motor vehicles all across the Los Angeles area. A devastating total of at least 13,038 cyclists were hurt in collisions with other vehicles all over the state of California the year before. Like anywhere in the state, bicycle accidents in Long Beach are often fatal because of the absolute vulnerability of victims, as well as the actions of distracted or otherwise negligent drivers. Numerous accidents every day are caused by no fault of the victim.

Serious and fatal bicycle accidents occur all over Los Angeles and California on an unfortunately frequent basis. In Orange County, many of the leading causes of such accidents include the negligent behaviors of reckless drivers. Top causes of traffic-related accidents are issues such as distracted driving, speeding, failure to obey traffic laws, and even the simple act of driving at night. Bicyclists can often be difficult to see in the daytime let alone in unlit areas at night, however, that is no excuse for not exercising the utmost caution while behind the wheel.

Bicycle accidents don’t only result in physical and emotional distress but also leave countless victims and surviving families with the high costs of hospitalization and continued medical care such as physical therapy or funeral expenses alongside other financial burdens. When a reckless or criminal party causes the suffering of an innocent person, that party must be held liable for compensating the victims or their families. An aggressive bicycle accident attorney in Orange County will go after the negligent party and guide you along the frequently challenging road to financial restitution.

At Beckerman Anderson, our compassionate Orange County wrongful death attorneys know what it means to have your life drastically impacted by a negligent party. Our attorneys are proud to work on behalf of those who have wrongfully suffered by no fault of their own. If you have been injured or lost a loved one in a bicycle accident caused by an inattentive party, please don’t hesitate to contact our Orange County bicycle accident attorneys today at (949) 474-2254.