Costa Mesa, CA (December 2, 2022) – A man sustained critical injuries on Wednesday afternoon when the motorcycle he was on struck a vehicle turning left into an auto repair shop in Costa Mesa. Police stated the incident occurred just after 4:00 p.m. on the 2000 block of Placentia Avenue when a southbound motorist tried to turn left near Performance Auto Service & Repair and was struck by the northbound motorcyclist.

Fire crews were seen at the scene in an effort to assist the motorcyclist, identified as a man in his 40s. He was taken to Orange County Global Medical Center with critical injuries he sustained in the collision.

The driver, who has not been identified, did not sustain any serious injuries. Costa Mesa Police continue to investigate the details of the accident.

We hope for the full recovery of the injured motorcyclist. 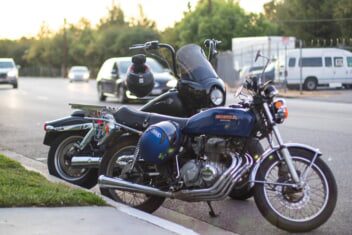 Information from statistical reports shows that at least 516 motorcyclists lost their lives in auto collisions in California in 2014. That number rose to 566 in 2016. Motorcycle accidents in California are constantly caused by drivers who act negligently, carelessly, and recklessly while on the road. Over half of the auto accidents that involve motorcyclists are caused by driver negligence, and not on part of the motorcyclist. Most drivers fail to yield the right of way to motorcyclists and cause them grave physical harm in doing so. The most significant thing for injured crash victims and their family members to understand after being hurt in auto crashes is that they have legal rights toward financial compensation that can help them recover.

Motorcyclists may be overlooked by drivers as they can be difficult to see on the road. However, this is not an excuse for careless behavior while driving, and the reckless actions of negligent motorists have led to numerous fatalities throughout the Golden State. As an injured crash victim or a grieving loved one, it is vital to understand that you deserve compensation and justice after being hurt due to the actions of a negligent driver.

Sustaining a severe injury or losing a member of your family in a sudden crash is one of the most difficult things a person can go through, and there is almost nothing more important than acquiring skilled and experienced legal representation who can fight for your legal rights and justice. The moments after such an event are no time to face financial burdens or other concerns outside of attempting to make a full and fair recovery. A skilled motorcycle accident lawyer can substantially assist you on the path to financial recovery after you sustain a serious injury in an accident. A proficient attorney understands your suffering during such a time and is ready to fight for the justice you deserve as soon as possible.

A serious collision can be totally overwhelming for everyone involved, and our considerate and capable Costa Mesa motorcycle accident lawyers at Beckerman Anderson are well aware of the sensitive nature of such a difficult event. We are fully devoted to representing those who have suffered unfairly due to the actions of another person. If you have been seriously hurt in a car crash caused by negligence,  please don’t hesitate to contact our Costa Mesa motorcycle accident attorneys today at 949-409-4299.