Huntington Beach, CA (June 4, 2021) – A woman who sustained serious injuries after a Huntington Beach crash that occurred this week died at a hospital on Friday morning, June 4, authorities said.

Officers with the Huntington Beach Police Department said that the woman, identified as 26-year-old Chanel Garcia from Newport Beach, was riding her motorcycle southbound on Beach Boulevard, just north of Liberty Drive, around 6:00 p.m. on Monday evening. The wreck happened when she slowed for a traffic signal and was rear-ended by an SUV whose driver failed to yield, spokeswoman Jennifer Carey said.

The driver of the SUV, 26-year-old Christopher Johnstone of Costa Mesa, remained on the scene and cooperated with officers. He was taken into custody after police suspected he was driving under the influence of drugs.

The investigation is ongoing, and it’s unclear whether further citations will be issued for Johnstone.

We would like to offer our deepest condolences to the family of Chanel Garcia at this time. 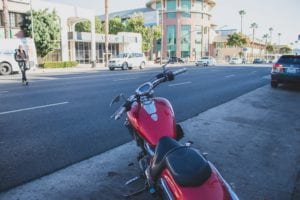 According to reports from Southern California News Group, a total of 10 motorcyclists have been killed along Ortega Highway within the last three years, alone. Throughout the state, at least 516 motorcyclists died in collisions in 2014, a number that jumped to 566 in 2016. Like such collisions that occur anywhere in California, motorcycle accidents in Orange County are repeatedly triggered by negligent drivers. The most significant thing for victims and their loved ones to realize is that they may have substantial rights protected by law during such an overwhelming time.

Motorcyclists are often overlooked by many other drivers as they can sometimes be difficult to see. However, that is no excuse for reckless behavior behind the wheel, and the irresponsible actions of careless motorists have led to countless fatalities all across the state of California. As a victim or a bereaved loved one, it is terribly important to understand that you deserve justice after suffering at the hands of a driver or other negligent party. Furthermore, in the case of a fatal accident, bereaved families are highly encouraged to look into holding the responsible person or other entity liable for the wrongful death of their loved one.

Losing a family member in a sudden collision is among the most devastating events that can occur, and there is almost nothing as important as acquiring compassionate and talented representation to fight for justice on your behalf. The moments following such an event are no time to be burdened by serious financial concerns, and a skilled motorcycle accident attorney can substantially assist you along the often turbulent path toward emotional and financial recovery. A proficient attorney understands your suffering during such a time and is ready to fight for the justice you deserve as soon as possible.

A serious accident can be absolutely overwhelming for all those involved, and our capable and considerate Orange County wrongful death attorneys at Beckerman Anderson recognize the sensitive nature of a sudden accident. We are devoted to representing those who have unfairly suffered by no fault of their own. If you have suffered the loss of a family member due to the actions of a negligent party, please don’t hesitate to visit https://beckermananderson.com/ or contact our California motorcycle accident attorneys today at (949) 474-2254.