Santa Ana, CA (April 14, 2021) – A 27-year-old convicted drunken driver was charged again on Tuesday, April 13, after causing a crash that killed a 74-year-old man in Costa Mesa on Saturday.

Stewart Waithanji was charged with single felony counts each of second-degree murder, and driving under the influence of alcohol. He was also involved in a hit-and-run collision in Newport Beach that occurred before Saturday’s fatal crash, according to Kimberly Edds of the Orange County District Attorney’s Office.

Around 4:00 p.m. on Saturday, police were called to another hit-and-run accident that occurred at Newport Boulevard south of 17th Street in Costa Mesa. Waithanji allegedly crashed into a car driven by 74-year-old Richard Frost of Newport Beach. When Frost got out of the car and tried to stop Waithanji from fleeing the scene, Waithanji allegedly ran over Frost and kept going.

Frost was transported to an area hospital via ambulance but was later pronounced dead. Waithanji was wanted on warrants related to two other DUI cases from September and October 2019, Edds said.

The investigation is ongoing.

Our deepest condolences go out to the family of Richard Frost. 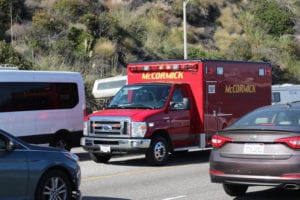 According to recent statistics compiled concerning the accident-fatality rate in California, there are approximately 3,200 people who lose their lives per year due to fatal traffic accidents in the Golden State. Hundreds of thousands more people are left with injuries due to these accidents, some of them of a debilitating nature. In some cases, injured victims require extensive and expensive medical treatment. Thousands of people are forced to live their lives in pain and suffering due to injuries suffered in negligently caused accidents. Although there is a multitude of options when it comes to medical treatment, most of them are costly.

After being injured in an accident, you could be forced to pay outstanding medical bills and as a result, and be faced with a difficult financial burden. Allow an Orange County car accident attorney to evaluate your case and see if you qualify for financial compensation due to your injuries and losses you may have suffered in a recent accident.

In the worst-case scenario that you are under the impression that someone you love was fatally injured in a negligently caused California traffic collision, you could be entitled to significant compensation for your losses and incurred damages that may have resulted from your loved one’s recent traffic accident. Consulting an Orange County wrongful death attorney is your best bet in receiving full and fair compensation in order to cover things like funeral costs and outstanding medical bills. You can also collect compensation in the form of pain and suffering, among other forms.

The Orange County personal injury lawyers at Beckerman Anderson have an excellent track record when it comes to providing victims and their families with the best, most effective legal help available. We hold a firm belief that no one should ever have to pay for being injured by another person’s negligence and that people who cause accidents due to being careless or otherwise inattentive should be held accountable for their actions. Depending on the circumstances of your case, we will award you compensation in the form of punitive damages and loss of consortium in order for you to get your life back on track as quickly and seamlessly as possible after your accident. Call (949) 474-2254 today to speak with an experienced attorney concerning your California personal injury case.