Seal Beach, CA (October 15, 2020) – A police officer from Seal Beach was hit by an alleged drunk driver on Saturday, October 10th when he pulled a driver over for a routine traffic stop at the intersection of Pacific Coast Highway and Mariner Drive at about 3:15 p.m.

At that same time, a Ford F-150 heading southbound along Pacific Coast Highway collided with the cruiser near where the officer was standing.

The force of the impact threw the officer to the ground, injuring him.

Reports indicate that a member of the Seal Beach Volunteer Police who happened to be in the area witnessed the incident. The volunteer administered medical aid and radioed for back-up.

The driver of the F-150, who has since been identified as 30-year-old Kenneth Jacob Lopez, a resident of Huntington Beach lost control of his vehicle after the accident and crashed into a nearby wall. Lopez then fled the scene on foot.

Officers from the Huntington Beach Police Department found the driver a short while later and arrested him without further incident. Lopez was unharmed during the incident.

The injured officer was transported via ambulance to a nearby hospital. His medical condition is unknown at this time. 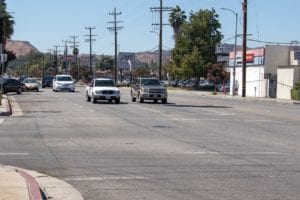 Vehicle collisions are the number one cause of accidental deaths in the state of California. In 2018, the number of in-state vehicular deaths was reduced by 8.3% since 2017 as accident-related fatalities dropped from 3,884 to 3,563 statewide. California has an average vehicular fatality rate of 9 deaths out of 100,000 residents.

After being injured in an accident, you could be forced to pay outstanding medical bills and as a result, and be faced with a difficult financial burden. Allow a California car accident attorney to evaluate your case and see if you qualify for financial compensation due to your injuries and losses you may have suffered in a recent accident.

In the worst-case scenario that you are under the impression that someone you love was fatally injured in a negligently caused California traffic collision, you could be entitled to significant compensation for your losses and incurred damages that may have resulted from your loved one’s recent traffic accident. Consulting a California wrongful death attorney is your best bet in receiving full and fair compensation in order to cover things like funeral costs and outstanding medical bills. You can also collect compensation in the form of pain and suffering, among other forms.

The Orange County personal injury lawyers at Beckerman Anderson have an excellent track record when it comes to providing victims and their families with the best, most effective legal help available. We hold a firm belief that no one should ever have to pay for being injured by another person’s negligence and that people who cause accidents due to being careless or otherwise inattentive should be held accountable for their actions.

Depending on the circumstances of your case, we will award you compensation in the form of punitive damages and loss of consortium in order for you to get your life back on track as quickly and seamlessly as possible after your accident. Call (949) 474-2254 today to speak with an experienced attorney concerning your California personal injury case.