Orange County, CA – Hit-and-Run with Reported Injuries on I-5

Orange County, CA – Hit-and-Run with Reported Injuries on I-5

Orange County, CA (October 16, 2020) – A hit-and-run crash occurred on an interstate in Orange County this afternoon that left an unspecified number of people with injuries.

According to the Orange County police, the wreck occurred at approximately 12:00 noon on Interstate 5 in the vicinity of East Main Street. Few details have been released regarding the circumstances of the crash, though it is believed that a one-vehicle struck another and then fled the scene without stopping to render aid or waiting to cooperate with responding authorities.

Injuries were reported as a result of the accident. EMTs were dispatched to the accident scene in order to render medical aid to those hurt in the crash, though the total number of injured victims has not been released at this time.

The severity and scope of any injuries suffered also remains unknown, and no one involved has been identified at this time.

An ongoing investigation into the contributing factors of the crash is currently active as the police search for the missing driver.

The area of the interstate where the accident took place was shut down for a period of time after the incident occurred in order to allow first responders to work safely at the crash site. 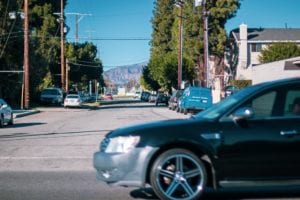 Hit-and-run crashes take place hundreds of thousands of times per year in the United States. In 2015, it was stated by the AAA Foundation for Traffic Safety that there were over 737,000 hit-and-run collisions in the United States. Many of these accidents occur in California, which is one of the most populated states in the nation. Due to this fact, California sees more accidents, including those of a hit-and-run nature, than almost any other state in the US.

Oftentimes, people involved in hit-and-run crashes sustain debilitating injuries. In some cases, injured victims require extensive and expensive medical treatment. Thousands of people are forced to live their lives in pain and suffering due to injuries suffered in negligently caused accidents. Although there are a multitude of options when it comes to medical treatment, most of them are costly.

After being injured in an accident, you could be forced to pay outstanding medical bills and as a result, and be faced with a difficult financial burden. Allow a California car accident attorney to evaluate your case and see if you qualify for financial compensation due to your injuries and losses you may have suffered in a recent accident.

In the worst-case scenario that you are under the impression that someone you love was fatally injured in a negligently caused California traffic collision, you could be entitled to significant compensation for your losses and incurred damages that may have resulted from your loved one’s recent traffic accident. Consulting a California wrongful death attorney is your best bet in receiving full and fair compensation in order to cover things like funeral costs and outstanding medical bills. You can also collect compensation in the form of pain and suffering, among other forms.

The Orange County personal injury lawyers at Beckerman Anderson have an excellent track record when it comes to providing victims and their families with the best, most effective legal help available. We hold a firm belief that no one should ever have to pay for being injured by another person’s negligence and that people who cause accidents due to being careless or otherwise inattentive should be held accountable for their actions. Depending on the circumstances of your case, we will award you compensation in the form of punitive damages and loss of consortium in order for you to get your life back on track as quickly and seamlessly as possible after your accident. Call (949) 474-2254 today to speak with an experienced attorney concerning your California personal injury case.