Orange, CA (August 26, 2020) – The woman who died in a traffic accident on Eastern Transportation Corridor (CA-241) on Sunday evening, August 23rd, has now been identified by authorities. The fatal crash took place near East Santiago Canyon Road in Orange at around 6:40 p.m.

According to the California Highway Patrol, 52-year-old Michelle Stanford, of Indio, was driving a Toyota Sequoia SUV northbound when she collided with a northbound Nissan Versa. The impact of the collision forced the Sequoia to roll into the center divider and emergency responders were dispatched to the scene a short time later.

Authorities with the CHP are actively investigating the events that led to this incident.

We would like to offer our deepest condolences to the family of Michelle Stanford at this time. Our thoughts are with the injured victims and their families in hopes of their full recovery. 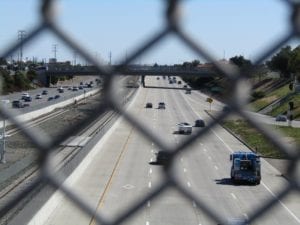 In 2015, authorities reported on thousands of serious collisions that ultimately claimed the lives of 3,176 people all over the state of California. Throughout Orange County, around 162 sudden deaths were reported to officials following the numerous traffic accidents that occurred. Many serious car wrecks that have contributed to the statewide fatality rate were reported as fatal car accidents in Orange, as well as all other areas across Orange County. Research shows that many cities in Orange County see a much higher number of fatal accidents than others, however, just about every collision involving a reckless, criminal, or blatantly inattentive motorist tends to result in devastation.