Huntington Beach, CA (August 25, 2020) – A car crash at the intersection of Springdale Street and McFadden Avenue in Huntington Beach left one person deceased and another arrested, according to authorities. Officers with the Huntington Beach Police Department say it happened early on Sunday morning, August, 23rd.

According to the HBPD, a vehicle carrying two people crashed at the intersection, resulting in police and paramedics at the scene. The driver, Miguel Guzman, 21, of Riverside, and the passenger, Lance Jones, 25, of Moreno Valley, were both transported to area hospitals for various injuries.

Jones was later pronounced deceased at UC Irvine Medical Center. Guzman suffered only minor injuries and was later released and arrested on suspicion of DUI. No further details have been reported as the incident remains under investigation.

We would like to offer our deepest condolences to the family of Lance Jones at this time. 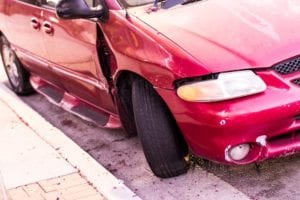 In 2015, a total of at least 3,176 people were killed in various traffic collisions all over the state of California. At least 162 fatalities were reported following numerous collisions within Orange County, alone, at least some of which were reported as car accidents in Huntington Beach, as well as many other areas throughout the county. Most importantly, it is imperative for everyone to analyze the main causes of sudden and serious collisions if we are to avoid them as best as possible in the future.

Many accidents are triggered by negligent and otherwise irresponsible drivers such as those who engage in driving under the influence (DUI). Across the United States, we more people convicted for DUI than most countries have citizens. This alarming data makes it no surprise to learn that every year, more than 10,000 people are killed in abrupt accidents with intoxicated drivers around the country.

No matter how they occur, however, serious collisions frequently leave victims and their loved ones with the high costs of recovery. The expenses that follow not only the initial hospitalization of a victim but the continued medical care on top of lost wages as well, can be overwhelming. In many cases, injuries are serious enough to ensure that a victim has to go through years of physical therapy and other costly treatments in an attempt to feel normal again.