Orange, CA (August 24, 2020) – One person was killed and another four were injured following a two-vehicle accident that took place in Orange. According to authorities, the fatal crash occurred on the Eastern Transportation Corridor (CA-241), in the vicinity of East Santiago Canyon Road at around 6:40 p.m. on Sunday evening, August 23rd.

Officials with the California Highway Patrol said that at least two vehicles collided along CA-241, resulting in emergency responders at the scene. After arriving at the crash site, medical professionals pronounced one victim deceased.

A total of four other people who were involved were transported to area hospitals to be treated for various injuries. Police have not provided any identities or the present conditions of the injured parties.

Authorities with the CHP are in charge of the investigation into this incident. 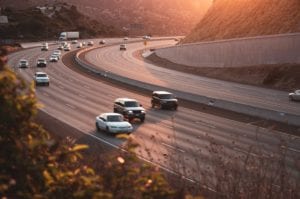 In 2015, officials reported on thousands of serious traffic collisions that ultimately claimed the lives of at least 3,176 people all around the state of California. Throughout Orange County, approximately 162 sudden fatalities were reported to authorities after the numerous car crashes that took place. Many sudden and severe car wrecks that have contributed to the statewide fatality rate were reported as deadly car accidents in Orange, as well as all other areas throughout Orange County and the rest of Southern California. Research shows that some cities in Orange County, Riverside County, and Los Angeles County see a much higher number of collisions than others, however, just about every single collision involving a reckless, criminal, or blatantly negligent driver tends to result in immense devastation.

A severe car accident can have life-altering effects for all those involved. Our capable and compassionate Costa Mesa car accident attorneys at Beckerman Anderson recognize the overwhelming nature of a sudden collision, and we are devoted to representing those who have unfairly suffered by no fault of their own. If you have been injured or suffered the loss of a family member due to the actions of a negligent party, please don’t hesitate to contact our Orange County car accident or wrongful death attorneys today at (949) 474-2254.