Dana Point, CA (August 22, 2020) – Authorities have now released information concerning a fatal crash that took place late Wednesday night, August 19th. According to the Orange County Sheriff’s Department, one man was killed and two others were injured in the collision that took place at Pacific Coast Highway and Selva Road in Dana Point.

Officials say that the incident started when police officers began pursuing a Toyota Corolla operated by a woman in her 40s along PCH, in the vicinity of Niguel Road. The chase ended when the Corolla struck a Subaru Outback at the intersection with Selva Road around 10:35 p.m.

Emergency responders arrived at the scene where firefighters had to cut at least one victim free from the Outback. A man identified as Jason Carbonell, 23, of Rancho Santa Margarita, was transported to a local hospital with critical injuries. He was pronounced deceased a short time later. The female operator of the Corolla remains hospitalized and is facing charges when released.

Two others in the Outback were also injured in the crash but no further details have been reported. The incident remains under investigation.

We would like to offer our deepest condolences to the family of Jason Carbonell at this time. Our thoughts are with the injured victims and their families in hopes of their full recovery. 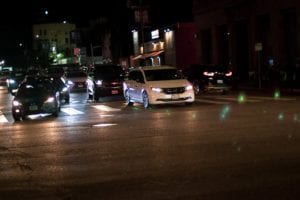 In 2015, officials reported on thousands of traffic accidents that claimed the lives of about 3,176 people all across the state of California. In Orange County, at least 162 deaths were reported after the multiple collisions that took place that year. Many car wrecks that have contributed to the statewide fatality rate are reported as fatal car accidents in Dana Point, as well as all other areas around Orange County. Researchers have found that many cities throughout the state report a significantly higher rate of collisions than others, however, just about every crash involving a reckless or criminal driver results in devastation.

Serious collisions throughout California are most commonly caused by driving under the influence of alcohol or drugs, speeding, and distracted driving. While there are other actions that contribute to sudden accidents, all serious injuries leave victims and their loved ones with the high costs of recovery. The expenses that follow not only the initial hospitalization of a victim but the continued medical care on top of lost wages as well, can be overwhelming. In many cases, injuries are serious enough to ensure that a victim has to go through years of physical therapy and other costly treatments in an attempt to feel normal again.