Riverside, CA – One Killed in Multi-Vehicle Accident on 60 Fwy at Market St

Riverside, CA – One Killed in Multi-Vehicle Accident on 60 Fwy at Market St

Riverside, CA (August 19, 2020) – One person was killed in a fiery multi-vehicle collision that was reported in Riverside early on Tuesday morning, August 18th. The fatal accident happened on the 60 Freeway at Market Street around 5:00 a.m.

According to the California Highway Patrol, the driver of a Ford Ranger was ejected from the vehicle during a crash with a Ford F-150. The impact of the collision caused the Ranger to burst into flames and pushed the vehicle into the number three lane where it was struck by a tractor-trailer. A Honda Civic then collided with the F-150 and that vehicle also caught fire as a result of the impact.

Emergency responders arrived at the scene where they transported the driver of the Ranger to Riverside Community Hospital. He was pronounced deceased a short time later. All other injuries were reported as non-life-threatening and there was no word on their current conditions.

The official cause of the crash remains under investigation by the CHP. 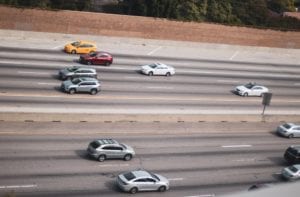 Within 2015 alone, authorities reported on thousands of traffic collisions that claimed the lives of at least 3,176 people all over the state of California. In Orange County, about 162 fatalities were reported after the numerous car crashes that occurred. Many sudden car wrecks that have contributed to the statewide fatality rate were reported as fatal car accidents in Riverside, as well as all other areas throughout Southern California. Research shows that some cities in Riverside County, Orange County, and Los Angeles County report a higher number of accidents than others, however, just about every crash involving a reckless party ends with devastation.

Serious collisions throughout California are most commonly caused by driving under the influence of alcohol or drugs, speeding, and distracted driving. While there are other actions that contribute to sudden accidents, all serious injuries leave victims and their loved ones with the high costs of recovery. The expenses that follow not only the initial hospitalization of a victim but the continued medical care on top of lost wages as well, can be overwhelming. In many cases, injuries are serious enough to ensure that a victim has to go through years of physical therapy and other costly treatments in an attempt to feel normal again.