Anaheim, CA (August 13, 2020) – According to authorities, a 23-year-old woman identified as Yesenia Lisette Aguilar, of Anaheim, was eight months pregnant when she was struck and killed by a motor vehicle on Tuesday, August 11th. The fatal collision was reported on Katella Avenue in Anaheim at around 7:36 p.m.

Officers say Aguilar was walking down the sidewalk beside her husband when a Jeep operated by Courtney Pandolfi, 40, of Garden Grove, jumped the curb and traveled approximately 300 feet along the sidewalk. The Jeep hit Aguilar before crossing Bayless Street and crashing near a car wash.

Emergency responders transported Aguilar to a nearby hospital where she was pronounced deceased from her injuries. Her unborn child was delivered via cesarean section and survived the incident. Pandolfi was later arrested on suspicion of murder, as well as driving under the influence of drugs among other charges.

The investigation into this incident is ongoing.

We would like to offer our deepest condolences to the family of Yesenia Lisette Aguilar at this time. 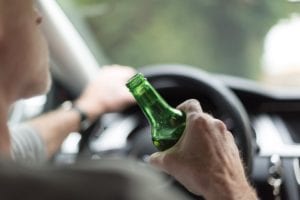 Throughout 2014, officials responded to fatal collisions involving a total of 753 pedestrians who were hit by motor vehicles all across the state of California. An increase of about 26% was reported in 2018 as that number rose to at least 893 victims. Pedestrian accidents in Anaheim and all other areas around Orange County are partially responsible for these numbers. Authorities have said that about 7,500 pedestrians were killed by automobiles around the state between 2009 and 2018, resulting in a fatality rate of 25% above the national average. Although pedestrians account for only 14% of all traffic accidents, they make up nearly 50% of all accident-related deaths.

Our capable Anaheim wrongful death attorneys at Beckerman Anderson recognize the incredibly sensitive nature of a sudden accident. We are entirely devoted to representing those who have unfairly suffered by absolutely no fault of their own. If you have suffered serious injuries or the loss of a family member due to an auto-pedestrian collision caused a reckless party, don’t hesitate to contact our Orange County pedestrian accident attorneys today at (949) 474-2254.