Costa Mesa, CA (August 9, 2020) – A 77-year-old man, identified as Carlos Romo of Newport Beach, was struck and killed by a motor vehicle on Friday night, August 7th. The fatal collision was reported at the intersection of 17th Street and Irvine Avenue on the border between Newport Beach and Costa Mesa.

According to the Costa Mesa Police Department, Romo was walking near the intersection when he was struck by an unspecified vehicle at approximately 8:34 p.m. First responders arrived at the scene and the severely injured victim was transported to Orange County Global Medical Center. He was pronounced deceased a short time later.

The driver of the vehicle remained at the scene to cooperate with authorities and there has been no word on whether or not that person will be facing any charges. Authorities are continuing to investigate the events that led to this incident.

We would like to offer our deepest condolences to the family of Carlos Romo at this time. 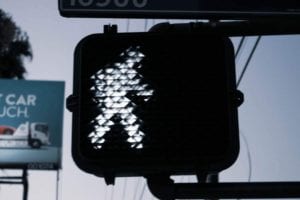 In 2014 alone, officials responded to fatal traffic collisions involving 753 pedestrians who were killed by vehicles all across California. An increase of 26% was reported four years later as the number surged to 893 victims in 2018. Pedestrian accidents in Costa Mesa, as well as all areas throughout Southern California, are at least partially responsible for these numbers. Approximately 7,500 pedestrians were struck and killed by cars all around the state between 2009 and 2018, resulting in a fatality rate of 25% above the U.S. average. Altogether, pedestrians only account for about 14% of all traffic accidents, however, they tend to make up at least 50% of all car collision-related deaths.