Fullerton, CA (August 7, 2020) – Two people were killed and one other was left with serious injuries following a rollover crash that was reported in the town of Fullerton. Law enforcement officials say it happened late Thursday night, August 6th, on the 57 Freeway, just south of Chapman Avenue.

According to the California Highway Patrol, a 28-year-old woman was driving south along the freeway in a Honda Accord when the vehicle struck a concrete wall and overturned at around 11:20 p.m. Emergency medical responders were among those who were dispatched to the scene and the driver, as well as a 30-year-old male passenger, were pronounced deceased.

One other passenger, identified only as a 30-year-old male was transported to UCI Medical Center. His injuries have been reported as major. All three victims are residents of Anaheim.

Authorities with the CHP are in charge of the investigation into the events that led to this incident.

We would like to offer our deepest condolences to the families of the deceased victims at this time. Our thoughts are with the injured victim and his family in hopes of a full recovery. 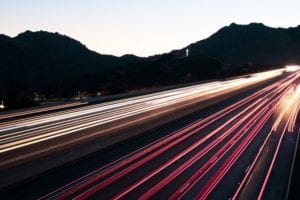 During 2015, authorities reported on thousands of motor vehicle accidents that claimed the lives of at least 3,176 people all across California. Within Orange County alone, approximately 162 deaths were confirmed after the numerous traffic collisions that took place, at least some of which were reported as deadly car accidents in Fullerton, as well as all other areas across the county. Researchers have found that some cities in Orange County see more traffic collisions than others, however, nearly every accident involving a negligent party results in catastrophe and therefore, high costs for the victims and their families.

Severe accidents throughout Orange County are most commonly caused by driving under the influence of alcohol or drugs, speeding, and distracted driving. While there are other actions that contribute to sudden accidents, all serious injuries leave victims and their loved ones with the high costs of recovery. The expenses that follow not only the initial hospitalization of a victim but the continued medical care on top of lost wages as well, can be overwhelming. In many cases, injuries are serious enough to ensure that a victim has to go through years of physical therapy and other costly treatments in an attempt to feel normal again.