Fontana, CA (August 4, 2020) – An unidentified pedestrian was hit and killed by a motor vehicle in the area of Fontana on Monday afternoon, August 3rd. It happened around 1:58 p.m. at the intersection of Ilex Street and Arrow Route.

According to authorities with the California Highway Patrol, a vehicle that was traveling along Arrow Route collided with a pedestrian who was crossing the intersection from Ilex Street. Police and emergency medical responders were dispatched to the scene where the San Bernardino County Sheriff-Coroner pronounced the victim deceased.

At this time, the events that led to this incident remain under investigation. No identities nor any other details have been reported. 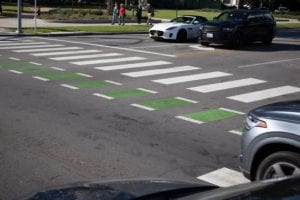 Within just the year of 2014 alone, authorities responded to fatal collisions involving 753 pedestrians who were hit and killed by motor vehicles all around the state of California. An increase of 26% was reported four years later as the number rose to 893 victims. Pedestrian accidents in Fontana, as well as all other areas around Southern California, are partly responsible for these figures. About 7,500 pedestrians were fatally struck by cars across the state between 2009 and 2018, creating a death rate of at least 25% above the U.S. average. Although pedestrians account for only about 14% of all traffic accidents, they tend to make up around 50% of all car accident-related deaths.