Santa Ana, CA (August 1, 2020) – Authorities with the Santa Ana Police Department have released the identities of those involved in a crash that tragically claimed the life of a long-time newspaper editor at the Orange County Register. Eugene Harbrecht, 67, was killed after a crash that was caused by two street racers at the intersection of Bristol Street and Santa Clara Avenue in Santa Ana.

Authorities say that 24-year-old Ricardo Tolento Navarro, of Santa Ana, was racing an Infinity against 29-year-old Louie Robert Villa, also of Santa Ana, who was in a BMW. The two men were speeding when Villa’s BMW struck Harbrecht’s Ford pickup at the intersection.

The pickup truck was pushed approximately 70 feet into a fence where it burst into flames and at least partially overturned. Two good Samaritans in the area rushed to help extinguish the flames with a hose and assist Harbrecht until authorities arrived.

Emergency crews pronounced Harbrecht deceased at the scene and Villa was taken to a local hospital. Navarro fled the scene but was later located and both him and Villa are now facing charges for vehicular manslaughter.

The investigation is ongoing.

We would like to offer our deepest condolences to the family of Eugene Harbrecht at this time. 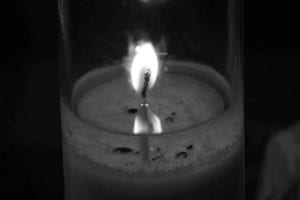 During 2015 alone, a total of at least 3,176 people were killed in various collisions all across the state of California. Around 162 fatalities were reported following collisions that occurred within Orange County, many of which were determined to be fatal car accidents in Santa Ana, as well as all other areas around the county.

Severe accidents are repeatedly triggered by actions such as DUI and speeding, and such collisions often leave victims and their loved ones with immensely high costs. The expenses that follow not only the hospitalization of a victim but the continued medical care on top of lost wages or funeral costs, can be overwhelming. In many cases, injuries are serious enough to ensure that a victim has to go through years of physical therapy and other expensive treatments in a simple attempt to feel normal again.