Santa Ana, CA (July 31, 2020) – One of two drivers who is suspected of participating in a street race crashed into a pickup truck and fatally injured the driver on Thursday morning, July 30th. The deadly collision was reported at the intersection of Bristol and West Santa Clara Avenues at around 11:45 a.m.

According to the Santa Ana Police Department, the driver of a gray BMW was racing a black Infinity northbound on Bristol Avenue when they crashed into a pickup truck that was making a turn. The pickup rolled over and caught fire due to the impact.

The BMW crashed into a utility box and the driver of the Infinity fled the scene as emergency crews arrived a short time later. The driver of the pickup was rushed to a nearby hospital where he was pronounced deceased.

Police later located the driver of the Infinity at a post office on First Street and placed him under arrest. The driver of the BMW suffered serious injuries. The investigation into this accident remains ongoing. 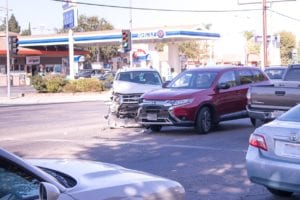 During the year 2015, a total of 3,176 people died in collisions all over the state of California. At least 162 deaths were reported after collisions that took place within Orange County, alone, many of which were reported as fatal car accidents in Santa Ana, as well as other areas throughout the county.

Severe collisions are commonly caused by actions such as DUI and speeding, and such accidents frequently leave victims and their loved ones with the high costs of recovery. The expenses that follow not only the initial hospitalization of a victim but the continued medical care on top of lost wages as well, can be overwhelming. In many cases, injuries are serious enough to ensure that a victim has to go through years of physical therapy and other costly treatments in an attempt to feel normal again.