Anaheim, CA – Teen Killed in Crash with DUI Driver on I-5 Fwy

Anaheim, CA – Teen Killed in Crash with DUI Driver on I-5 Fwy

Anaheim, CA (July 30, 2020) – A severe car crash in Anaheim left a teenager dead and the driver of the vehicle under arrest on Tuesday evening, July 28th. The fatal accident was reported at around 7:40 p.m. on the 5 Freeway, between Euclid and Brookhurst Streets.

According to the California Highway Patrol, a black Chevrolet sedan was traveling south when it struck a guardrail and a freeway sign. Emergency crews were dispatched to the scene where they found a severely damaged vehicle with two occupants. Crews extricated both parties and pronounced a 14-year-old boy from Anaheim deceased at the scene.

The driver, identified only as a 25-year-old resident of Long Beach was taken to UCI Medical Center, according to the CHP. The current condition of the driver has not been reported.

The events that led to this incident remain under investigation. Authorities have not released any further information.

We would like to offer our deepest condolences to the family of the deceased victim at this time. Our thoughts are with the injured victim and his family in hopes of a full recovery. 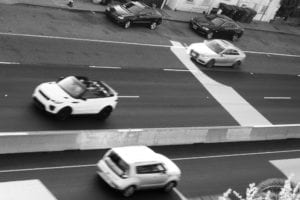 Throughout 2015, a total of 3,176 people were killed in collisions all across the state of California. At least 162 fatalities were reported after numerous collisions within Orange County, alone, many of which were reported as car accidents in Anaheim, as well as many other areas around the county. Most importantly, it is essential for us to analyze the main causes of collisions if we are to avoid them as best as possible in the future.

Many accidents are triggered by negligent and otherwise irresponsible drivers such as those who engage in driving under the influence (DUI). Across the United States, we more people convicted for DUI than most countries have citizens. This alarming data makes it no surprise to learn that every year, more than 10,000 people are killed in abrupt accidents with intoxicated drivers around the country.

No matter how they occur, however, serious collisions frequently leave victims and their loved ones with the high costs of recovery. The expenses that follow not only the initial hospitalization of a victim but the continued medical care on top of lost wages as well, can be overwhelming. In many cases, injuries are serious enough to ensure that a victim has to go through years of physical therapy and other costly treatments in an attempt to feel normal again.