Costa Mesa, CA (July 28, 2020) – A total of at least five people suffered injuries after a serious crash involving multiple vehicles in Costa Mesa on Monday afternoon, July 27th. Authorities said that it happened at the intersection of 19th Street and Newport Boulevard around 1:00 p.m.

According to law enforcement in Costa Mesa, the driver of a vehicle is believed to have been intoxicated when he entered the opposite lane of the roadway and collided with up to eight vehicles at the intersection. Emergency responders were dispatched to the scene where firefighters had to extricate one of the victims.

Five people were transported to a nearby hospital and injuries were reported to range between minor and severe. At least four victims were taken to trauma centers and police later identified the intoxicated driver as 24-year-old Fernando Rodriguez Rabago, of Whittier.

At this time, authorities are still sorting through the events that led to this incident.

Our thoughts are with the victims and their families at this time. We hope for their full recovery. 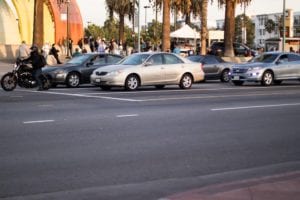 During 2015, 3,176 people died in traffic accidents all across the state of California. A total of 162 fatalities were reported after numerous crashes in Orange County, alone, many of which were reported as car accidents in Costa Mesa and other areas throughout the county. When speaking about car accidents, it is important to analyze the causes. Many collisions are triggered by negligent and otherwise irresponsible motorists such as intoxicated drivers. In fact, the United States has more people convicted of DUI than most countries have citizens. This alarming figure makes it no surprise to learn that every single year, over 10,000 people are killed in collisions with intoxicated drivers throughout the country.

No matter how they occur, however, abrupt collisions often leave victims and their family members with the high costs of recovery. The expenses that follow not only the initial hospitalization of a victim but the continued medical care on top of lost wages as well, can be overwhelming. In many cases, injuries are serious enough to ensure that a victim has to go through years of physical therapy and other costly treatments in an attempt to feel normal again.