Jurupa Valley, CA (July 10, 2020) – Early on Thursday morning, July 9th, police officials were dispatched to the scene of a fatal car accident with multiple injuries in Jurupa Valley. The deadly crash took place at the intersection of Etiwanda Avenue and Ryder Road around 12:20 a.m.

Authorities stated that two vehicles occupied by at least five people entered the intersection where they collided. Emergency responders arrived at the scene and three victims had to be extricated from one of the vehicles.

One of the victims was pronounced deceased at the crash site. Two other victims were transported to Loma Linda University Medical Center with moderate to severe injuries. Another two victims suffered injuries that have been considered non-life-threatening and were transported to Riverside Community Hospital.

At this time, the events that led to this incident are under investigation. No further information has been reported.

We would like to offer our deepest condolences to the family of the deceased victim at this time. Our thoughts are with the injured parties and their families in hopes of their full recovery. 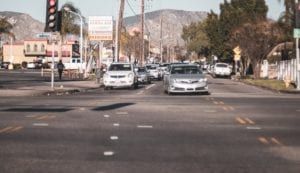 During the year 2015, at least 3,176 people died in collisions all throughout the state of California. A total of 162 fatalities were reported following numerous car accidents in Orange County, alone. Many of these sudden and serious crashes are likely to have been caused by negligent and otherwise irresponsible drivers. Specific actions such as distracted or intoxicated driving are often responsible for the most devastating accidents, and it is absolutely vital for those involved to fully realize their rights during such an overwhelming time.

A serious car accident can have terribly life-altering effects for all those involved. Our capable and compassionate Orange County car accident attorneys at Beckerman Anderson recognize the overwhelming nature of a sudden collision, and we are devoted to representing those who have unfairly suffered by no fault of their own. If you have been injured or suffered the loss of a family member due to the actions of a negligent party, please don’t hesitate to contact our Orange County car accident attorneys today at (949) 474-2254.